The Three Ages of Digital

Whenever we talk about Design Thinking in a business context, there is a three circle venn diagram that we regularly use to illustrate how the process has been developed and where innovation happens. It highlights the importance of feasibility, viability and desirability in any design; with all three components you have the key to innovation (courtesy of Ideo naturally). Interestingly, IBM have their own version where it is Technology, Business and User Experience and the intersection is “Radical collaboration”. 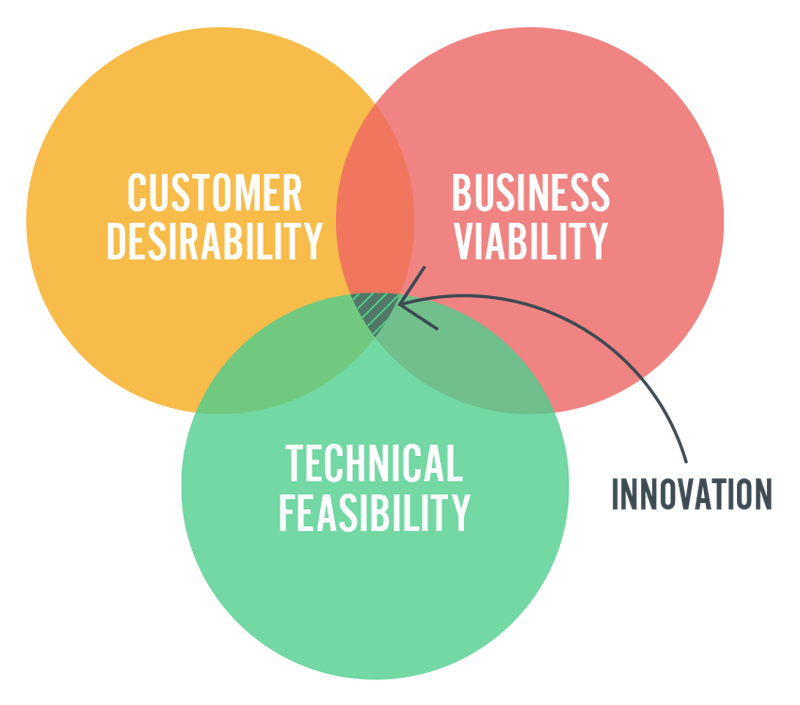 Recently, I was putting together some design thinking training materials for a Russian bank. I needed to add some context as to why the design thinking approach has only recently been hitting people’s consciousness. After all, we have all been doing this internet stuff for quite a while now.

For myself, having started in digital (although it wasn’t called that) back in the mid nineties I’ve witnessed first hand the different issues and focuses that we have had over the years. There is a clear pattern that emerges, one that does add context to the diagram.

FEASIBILITY - CAN WE DO IT?

In the first decade of the web, which lasted from the early to mid nineties until the early 2000’s, was characterised by a focus on technology. All of a sudden it seemed that there was this massive playground where we could all see the value of technology, but the challenge was making it all work. This was the decade of dial-up modems and Sun servers where the challenges were getting people access and building servers that could support them. This was a time of massive investment in infrastructure; with the development of scalable web servicing (and associated databases etc.), new languages and the transformation of existing ones, and the proliferation of robust and consumable software. This, I liken to the feasibility circle and lasted up until around 2003/5.

VIABILITY - SHOULD WE DO IT?

Once the technical challenges had been solved, the next thing to tackle was the business model. This second phase (2005-2015) was where the big internet businesses came of age and were formed. Ebay, Amazon and Dell were joined by YouTube, Facebook, Google Adwords, MySpace, Twitter, Linkedin, Flickr and many others. By this time,  the first rounders started their second businesses and scaled them, monetising them relentlessly either directly or via advertising. This is the viability vector, by this time there was a clear playbook and crucially an ecosystem to support it.

DESIRABILITY - WILL PEOPLE LOVE IT?

Finally we get to the current decade and we are tackling the desirability challenge. Yes, it’s always been important to consider the customer and UX/CX have been around through the viability phase, but now service experience is a businesses differentiator and way of creating value. The human aspect is coming to the fore and the prize for getting it right is huge. Whilst first mover advantage is still massive, if you get it right, everyone is vulnerable to better interactions, easier use, better fit. Focus on desirability because you can do the other functions to support it.

At the same time the previous challenges are becoming commodity (Amazon cloud anyone?), and anyone can set up a website peddling dubious news and recap the adsense bounty (see Veles in Macedonia). As we have gone through the tech and commercial curves adapting and adopting new ones is doable because we have the models on how to do it. That’ why ML, Blockchain, IoT etc. have such fast adoption times. That’s why rolling out new services and products happens so quickly, and why new customer propositions don’t.

The challenge now is how to adopt the new customer-centricity into our businesses, our technology and our thinking. At Pancentric we use design thinking to help organisations bring “customers” into the equation. Using empathy and abductive logic to research and investigate options,  and to understand unmet customer needs, in short to address the “desirability” needs.

The digital-first start-up has chosen Go-Insur as its platform with an initial focus on unoccupied home insurance.